Back story, when I set out to design Grow clothes, I set out some rules for myself;

the materials used must be reclaimable, that is reusable in another garment like buttons

and the garments could be sewn on a straight sewer, this means no buttonholer (see my philosophy for grow clothes)

(You can use a buttonholer or snaps on the patterns, but they are designed so that you don't have anything other than a straight sewer).

I decided that to much emphasis was being placed on tools/machines, and product which some people don't have, can't afford and don't actually need.

Anyways, having decided that a zigzag stitch was not required to sew these patterns, meant I would need to either make button holes by hand, or loops, or find some other way of making a button hole.


After fiddling around for some while, I came up with these invisible button holes and I truly thought I had invented something unique. Well after eons of people making clothing its highly unlikely that something has not been thought of before.

The other day, I am looking at some vintage stuff on patternpatter and I see my button hole method. Well, they say there is nothing new under the sun and that is so true in the world of sewing and making. I just want to know why I didn't find this article months ago!!!.

You may have looked at the article yourself and just passed it by. I recognised it instantly!

Here is the method / tutorial  from 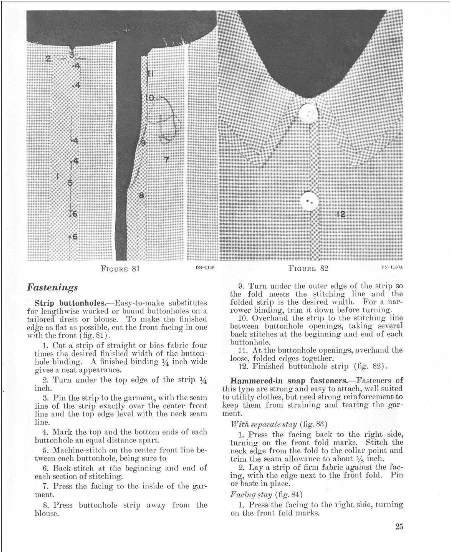 Here is the link to the google document if you are having trouble reading the above.

Here is my Tutorial on what I call invisible button holes.

You will need a piece of  double bias tape, which you can make yourself (see this tutorial at Dana made it). It only needs to be the length of your button placard or facing.

This is what you will end up with. 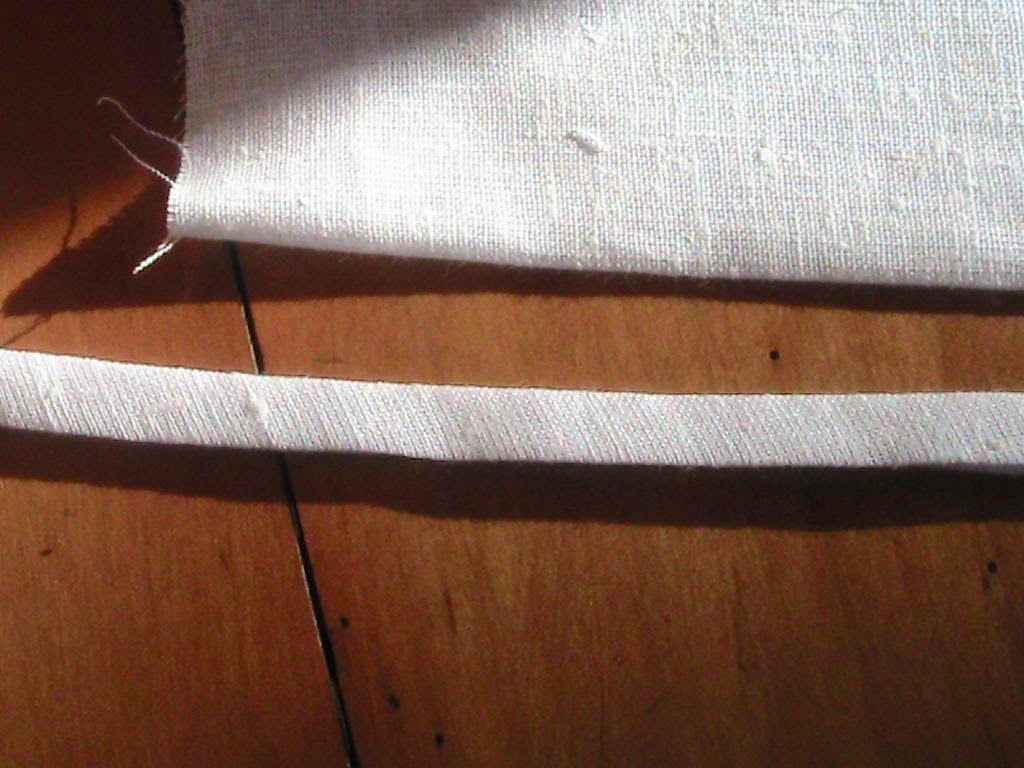 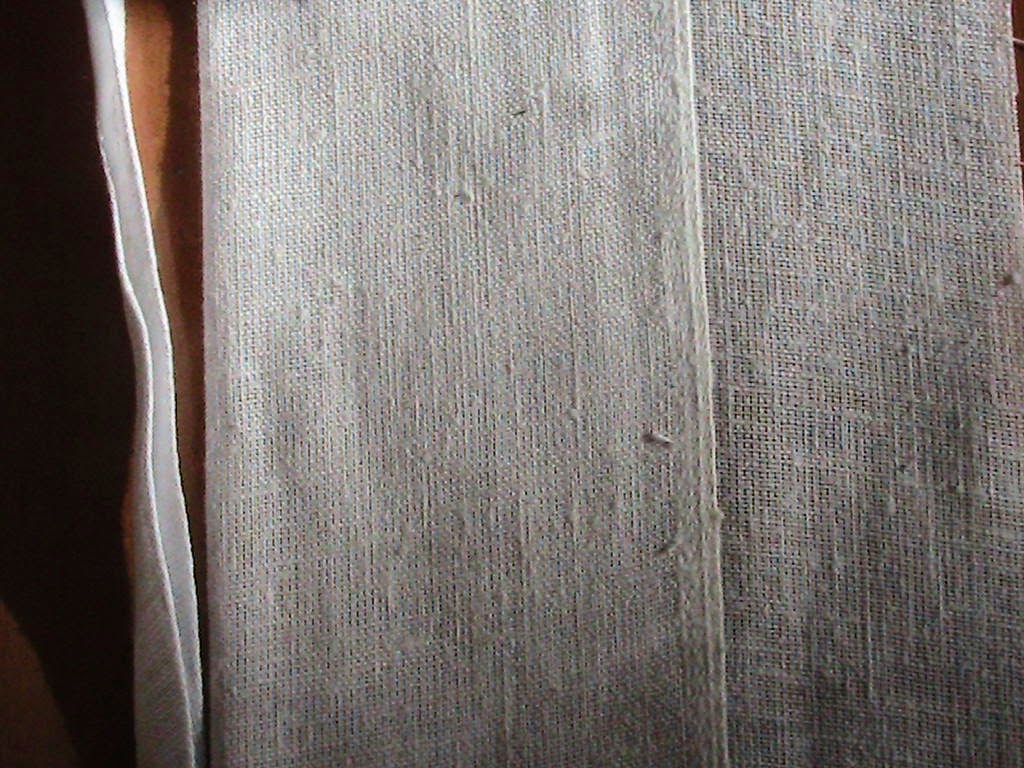 Here is the backside showing the bias tape and the button placard, folded so that when the bias is attached to the placard the button holes will fall in the right place (mostly on shirts and blouses) centre front. 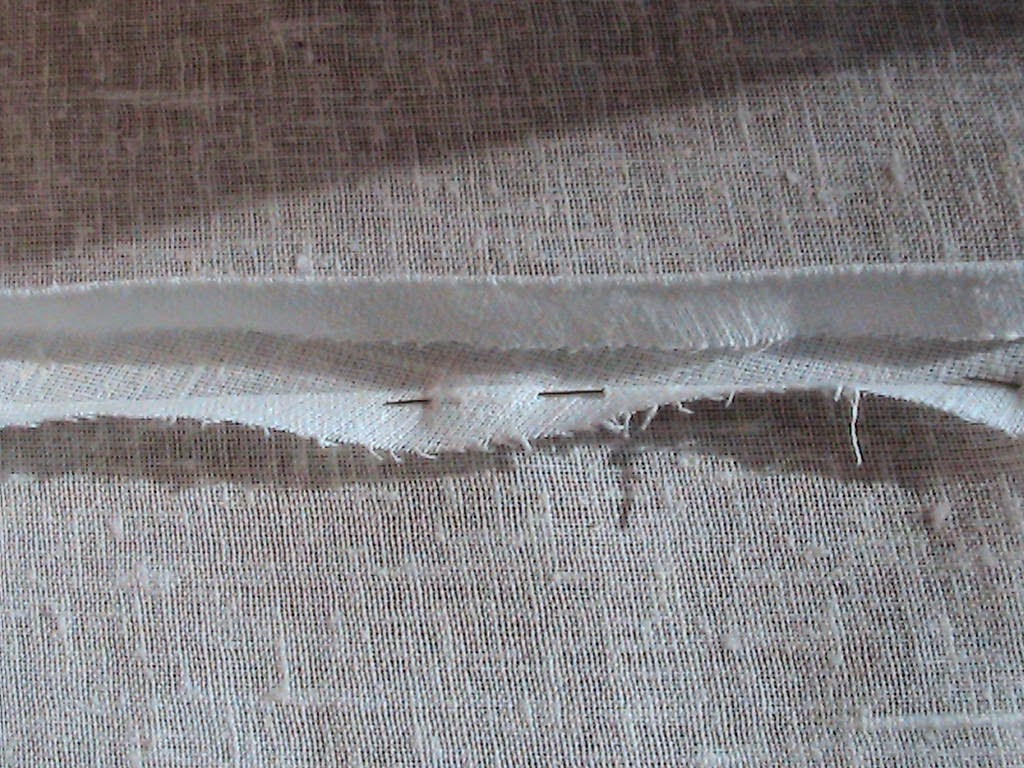 I am using the ironed edge on the button placard to determine where to place the bias tape. I  pin one edge of my bias tape down along the edge. You will need to fiddle around to determine the direction of you fold (see below), depending on whether you are folding left or right and you want to end up with a top stitching row on the garment. 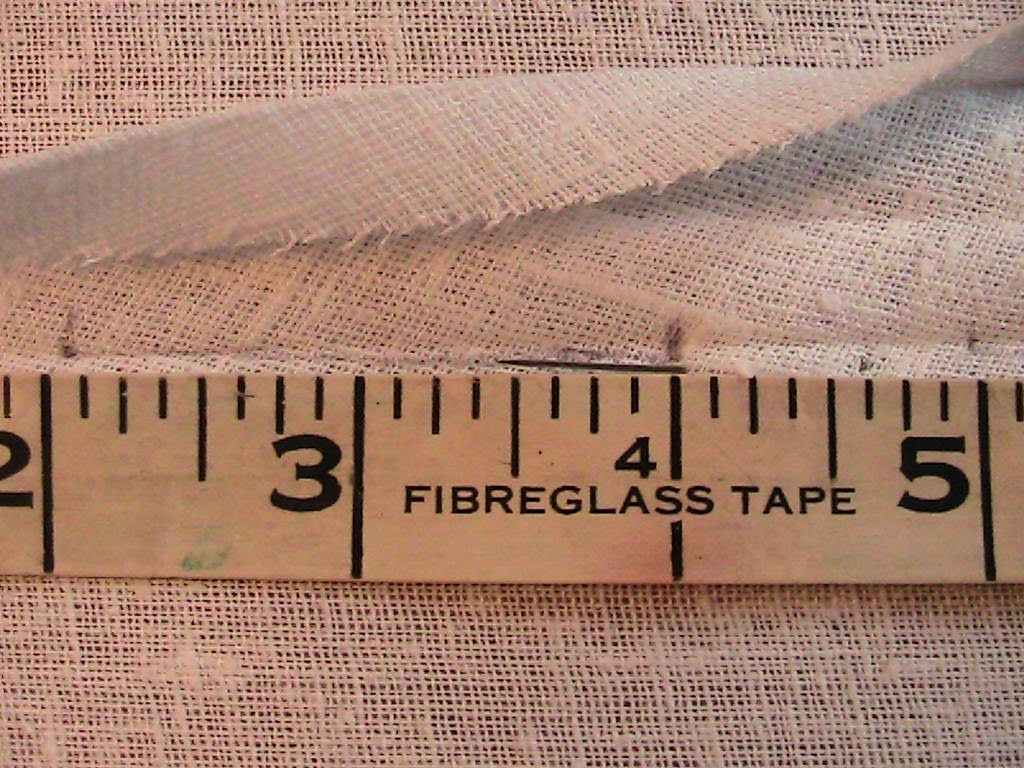 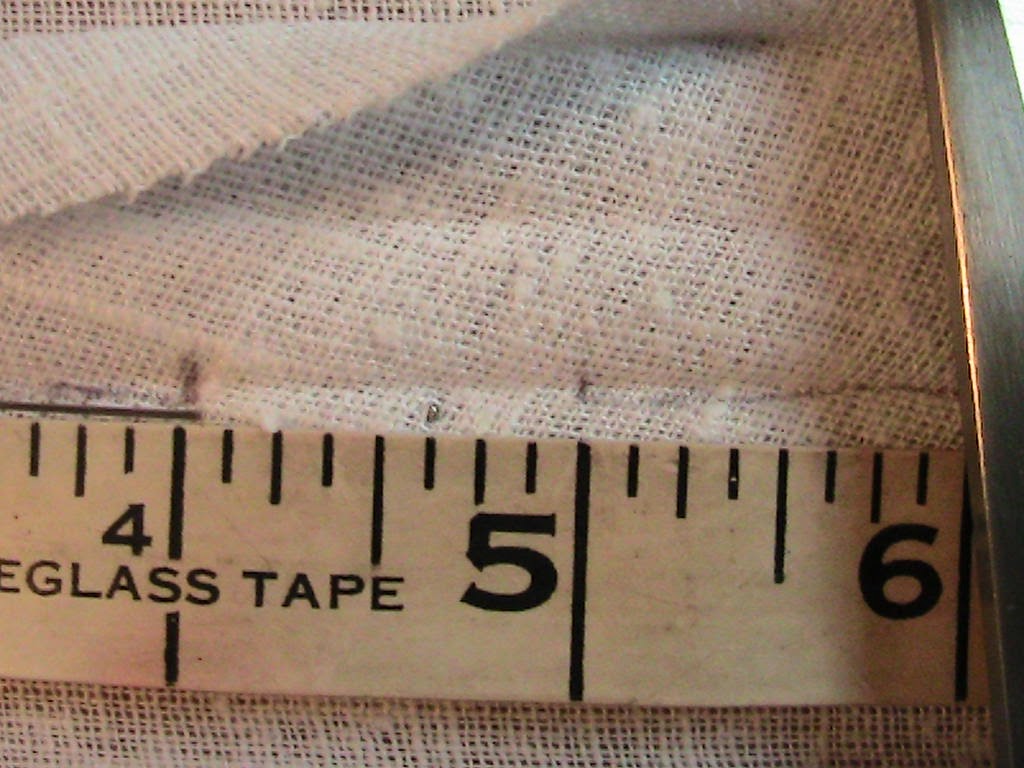 With a measuring tape, measure the distance apart you want your buttons and the size of your button holes, I used 2" apart and 1 inch for button hole. Draw the sewing line, which for my example was the 2" between buttonholes. 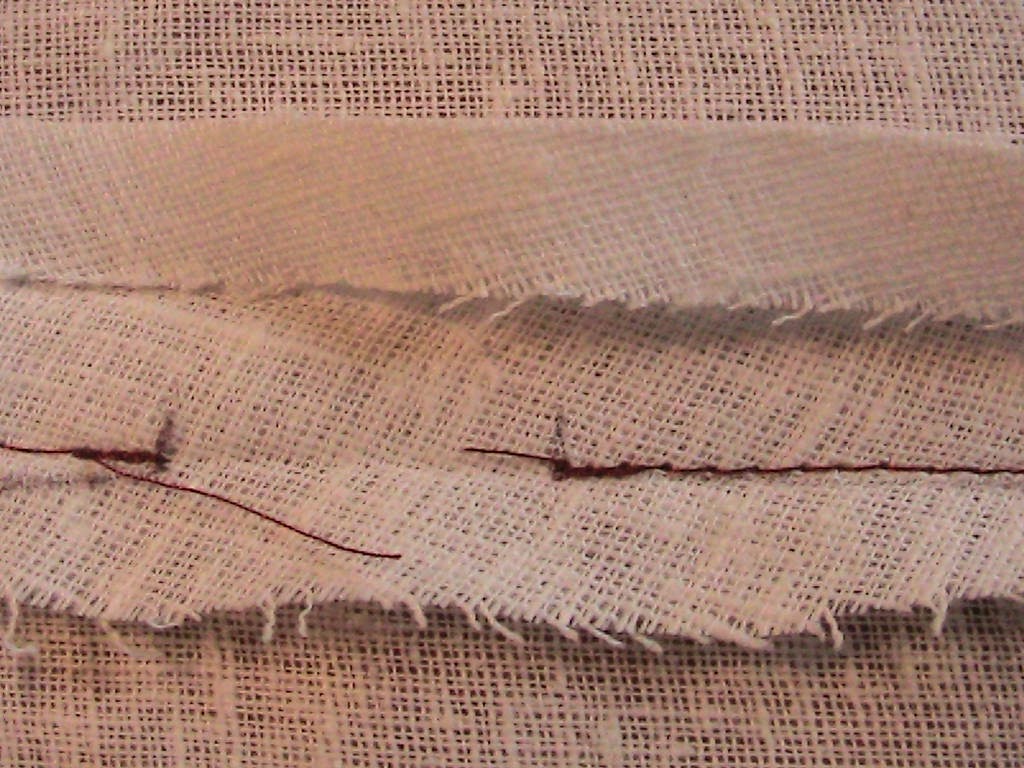 Sew along your stitch lines, back tacking at the beginning and end to secure your stitching. 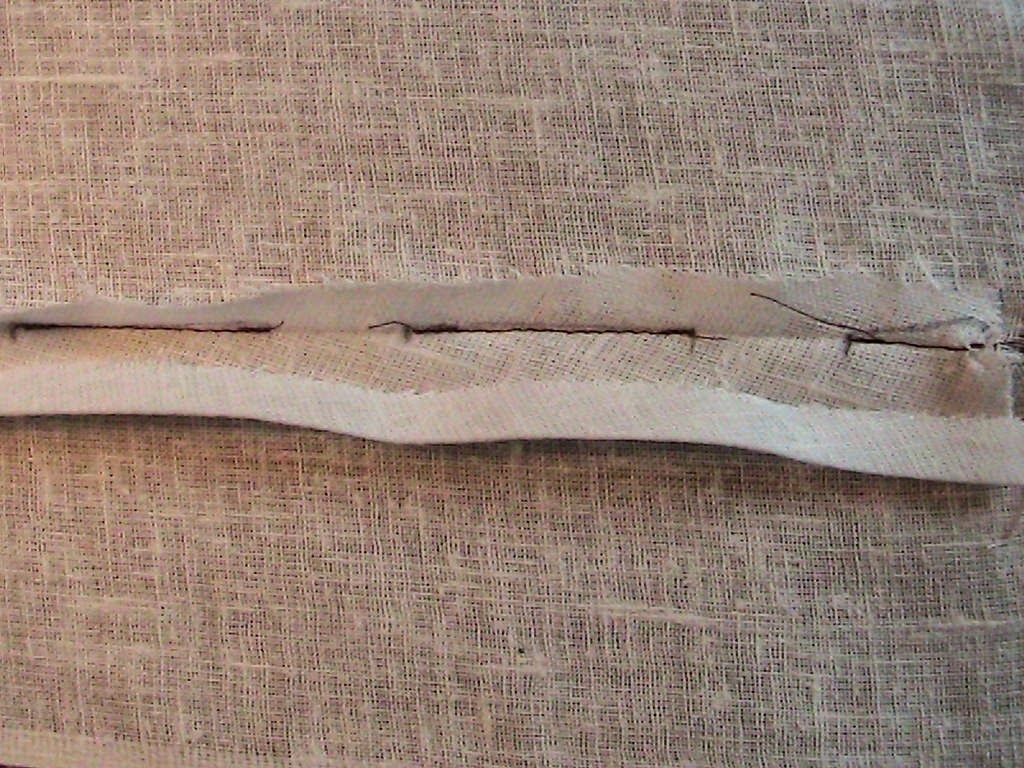 Fold the bias tape edge over your stitching. 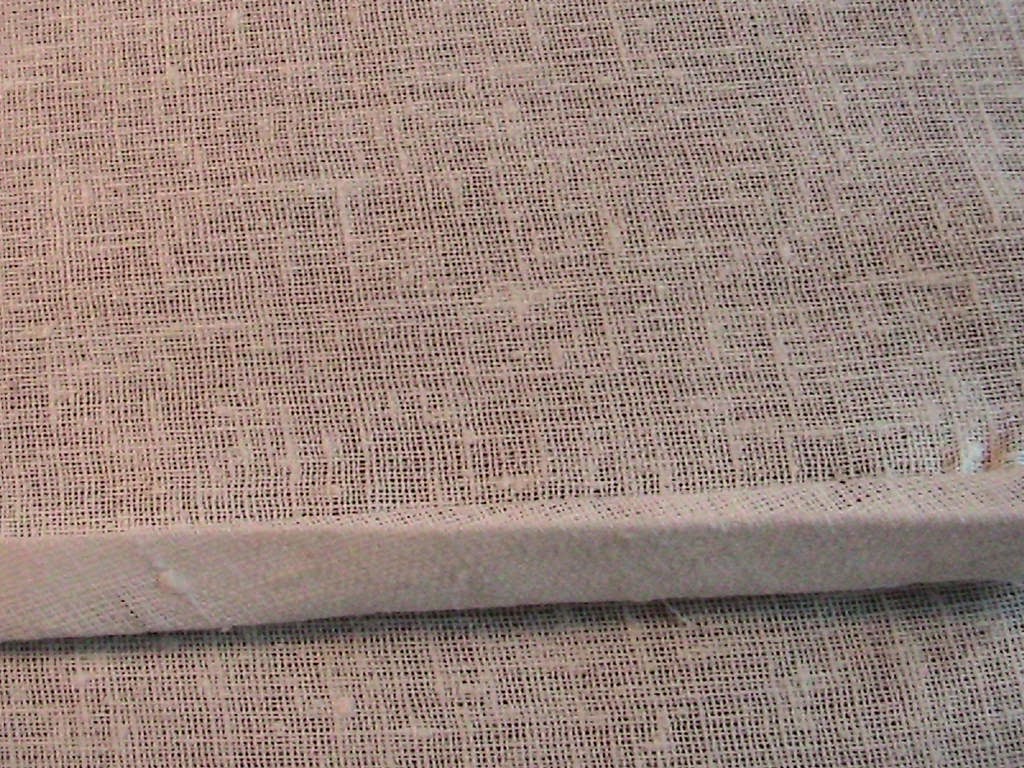 Fold the bias in half over. 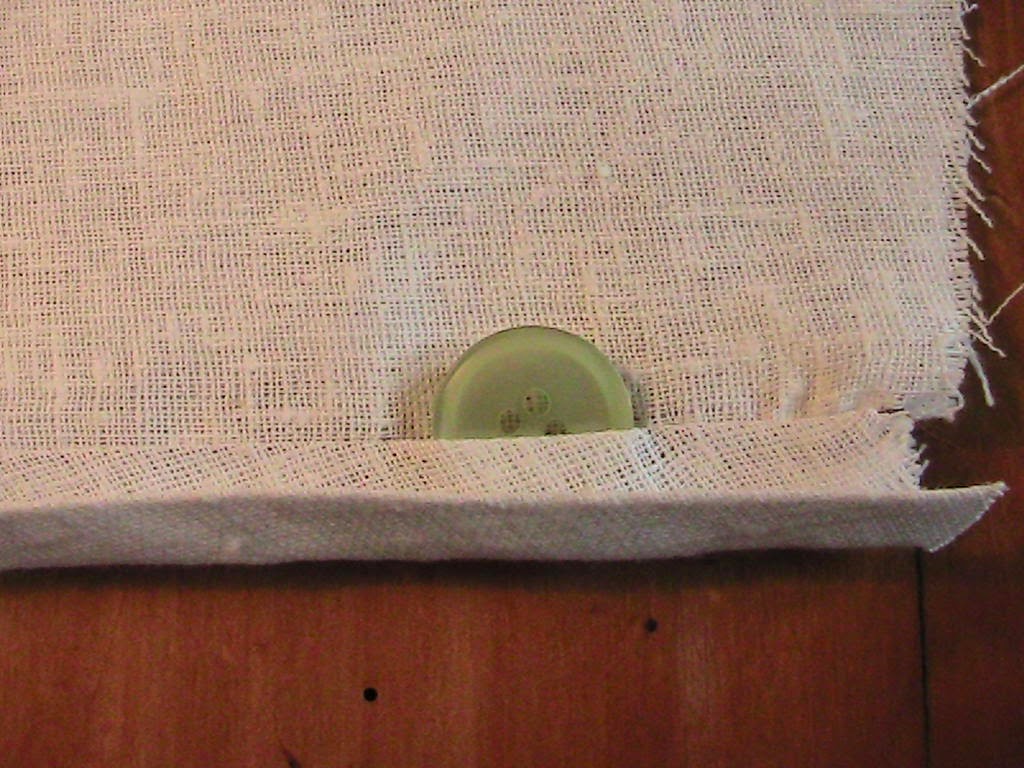 Fold the button placard/facing back, the button hole is where I have slipped a button in. 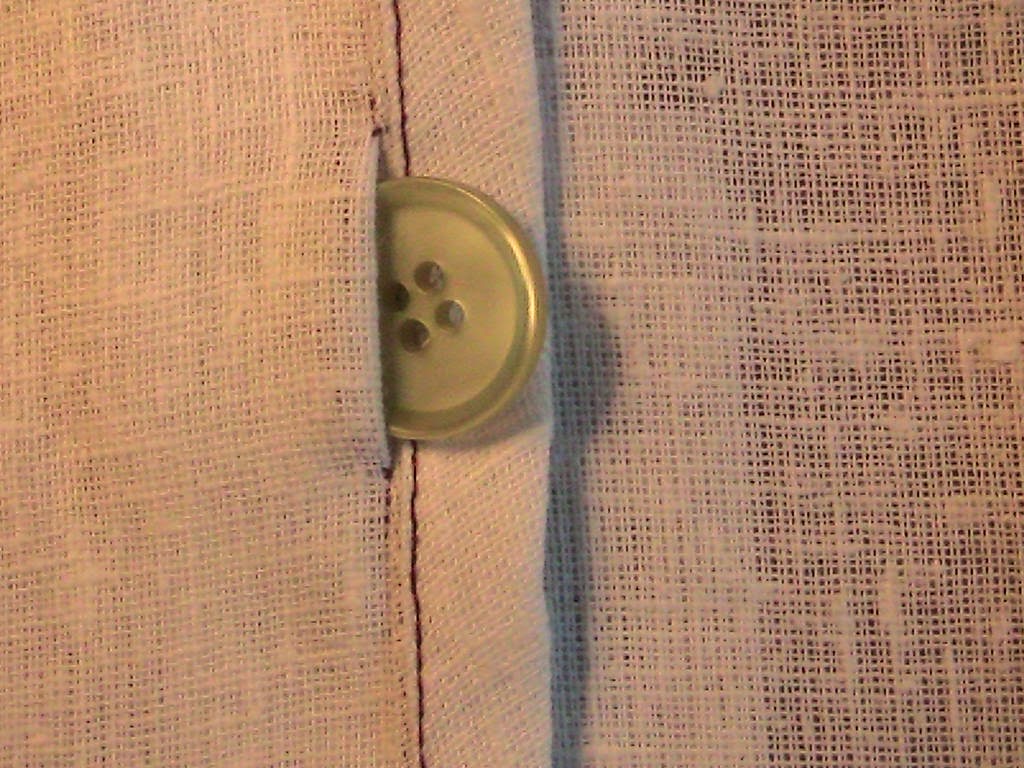 Top stitch the bias edge down and you are done!

These button holes have some advantages over other buttonholing methods. I hope you give it a go.

Linking to the HOST
Posted by Unknown
Email ThisBlogThis!Share to TwitterShare to FacebookShare to Pinterest